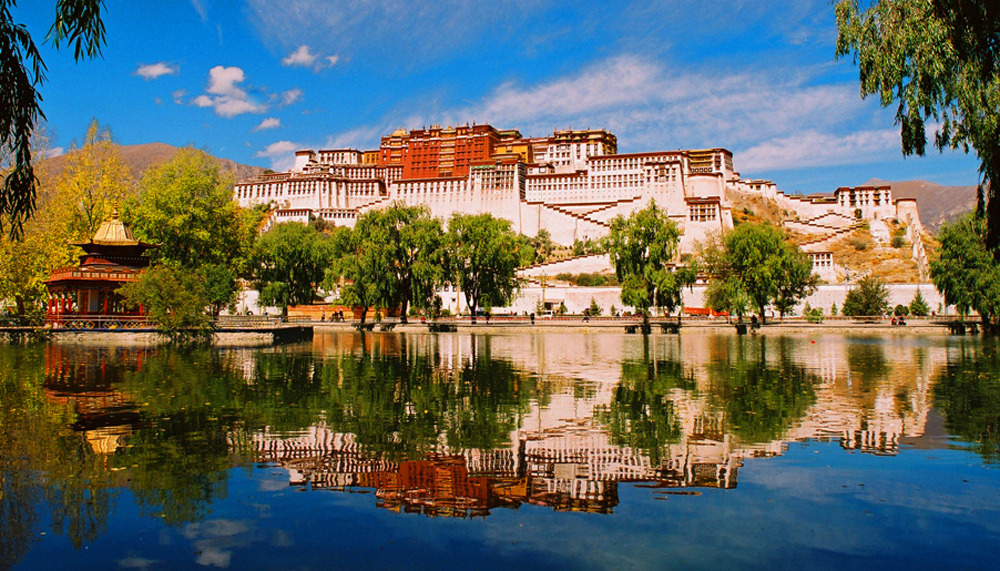 Lhasa, capital of the Tibet Autonomous Region, covers an area of 544 square kilometers and is "The Land of Gods" in Tibetan, sits on the north bank of River Lhasa, a tributary of the YarlungTsangboRiver, at an altitude of 3,700 meters. It has a history of over 13 centuries. With more than 3,000 hours of sunshine annually, Lhasa is famed as "the City of Sunshine". It is the capital of Tibet Autonomous Region and the center of Tibet's political, economic, cultural and religious activities. There are many historic sites and famous relics in the city proper and its suburbs, among which the Potala Palace, Jokhang Temple, Drepung Monastery, Sera Monastery and Ganden Monastery are all world-famous. 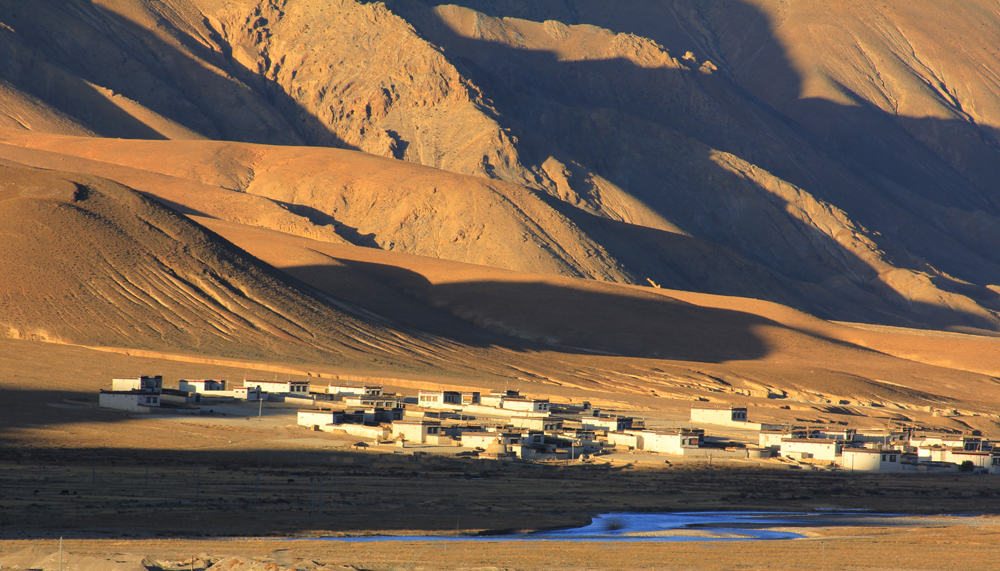 Shannan, covering an area of 79’000 km in the middle reaches of YurlongTsangpu River and south to Mountain Nyancheng Tanghla is the cradle place of Tibet civilization. The yearly average temperature is between 7℃-9℃. The average altitude is 3700 meters above sea level. There are a lot of historical interests surrounding Tsedang (the capital city of Shannan area) of which Samye Monastery, Mindroling and Trundruk monasteries, and the first palace in Tibet named Yumbulakang are all famous.

Day by day Itinerary with titles and details

Day1 Fly to Lhasa from Chengdu 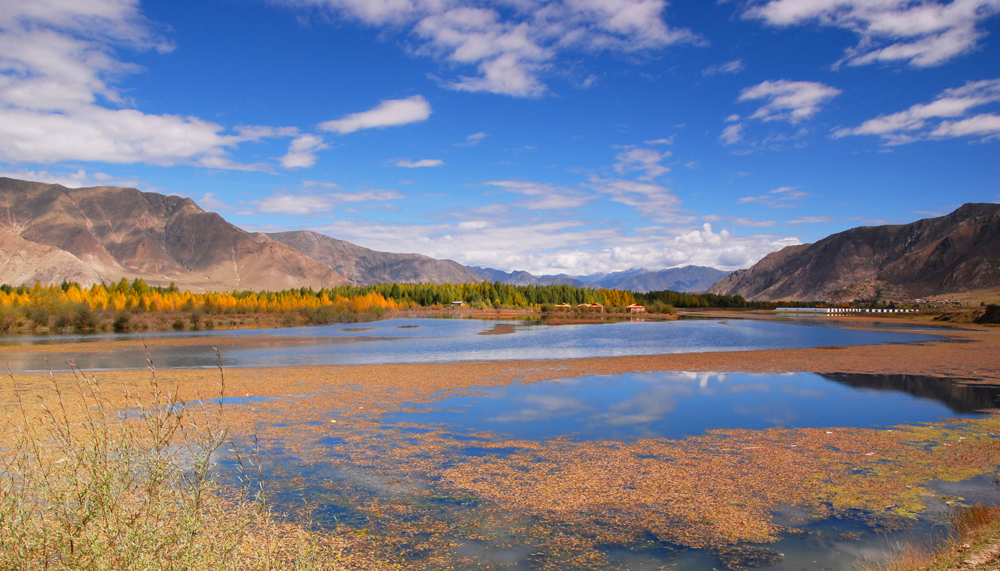 Taking flight into Tibet. Upon your arrival, local guide will meet you and transfer you to Lhasa. On the way, you can enjoy the heart-beating highland view along the Yarlong Tsangpo river (the longest river in Tibet). The rest time is free for relax and more oxygen. 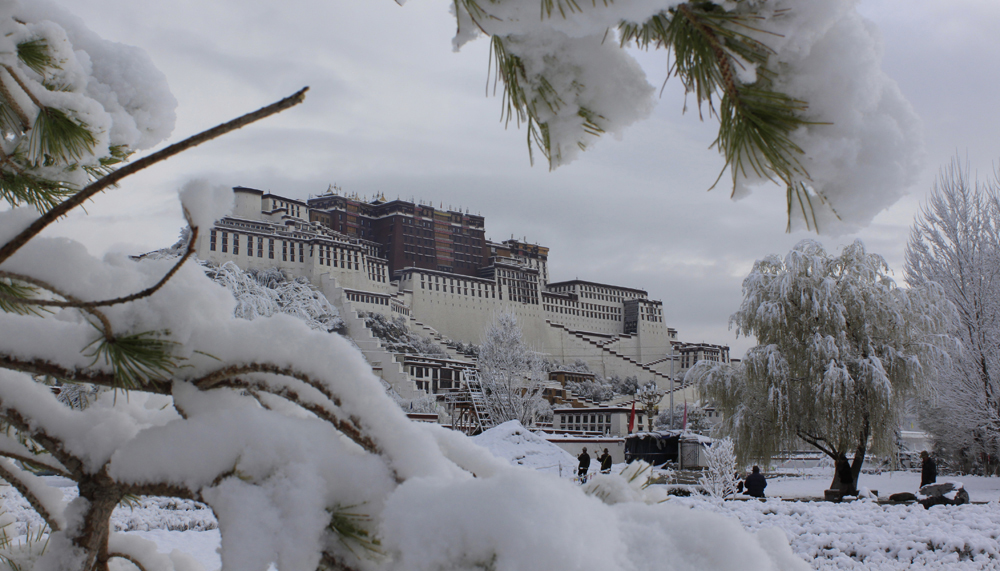 The first day of sightseeing starts from Lhasa's cardinal landmark- PotalaPalace, a structure of massive portions. Its towering image already appearing on various occasions, but your first sight of the Potala will still be an awe-inspiring moment. It takes at least a good 2-hour to visit those rooms, halls and chapels In the afternoon, we will drop a visit of the JokhangTemple, the spiritual center of Tibet. Everyday, pilgrims from every corner of Tibet trek a long distance to the temple. The temple is the product of Han, Tibetan and Nepalese architectural techniques. Then we will visit Barkhor, the oldest street in a very traditional city in Tibet.

About 8km west of central Lhasa is the Drepung, once world's largest monastery with about 10,000 monks. This day's sightseeing begins with these white monastic buildings piled up on the hillside. Walking up to the hill is a pleasant thing, an easy break from the solemn ambience inside the halls and chapels. At the plat roof of hillside, you can have very good views of the whole Lhasa city and the distant mountains. Drepung is one of Lhasa's two great Gelugpa monasteries, the other is Sera. Around 5km north of central Lhasa, Sera may not be as grandiose as Drepung, but is more serene surrounded by many small temples. The 'Buddhism Scriptures Debating' in Sera is very famous. 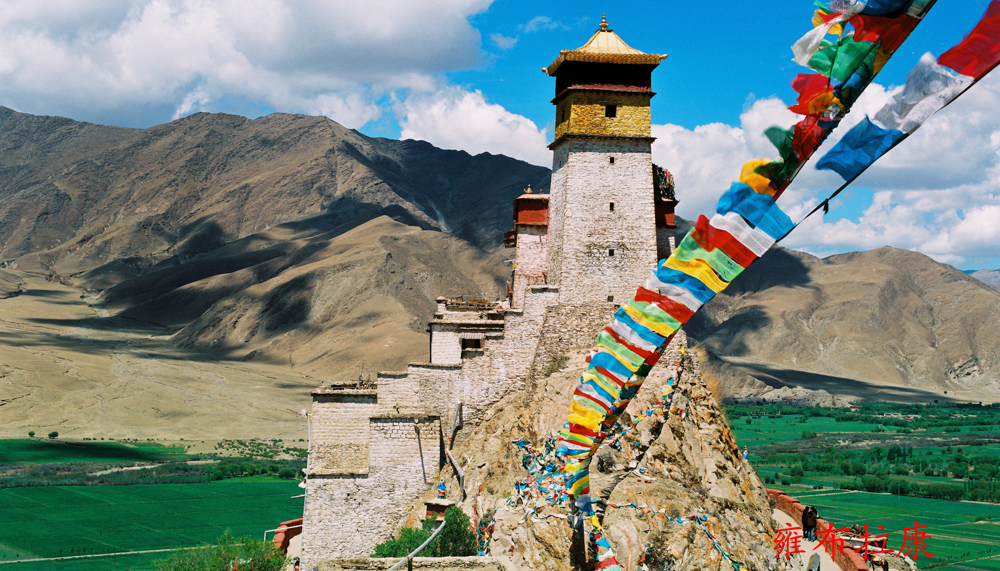 Today we will drive to Tsedang, located by YarlungValley, is the capital of ShannanPrefecture. It's reputed as "the cradle of Tibetan Civilization", mainly for two reasons: First, the mild weather and fertile land in Shannan gestated the great Tibet dynasty. Second, it's the birthplace of the first Tibetans who were said to be the offspring of a monkey and a demoness. So Tsedang literally means "monkey's playground". Today will visit Yumbulakang and Trundruk monastery. 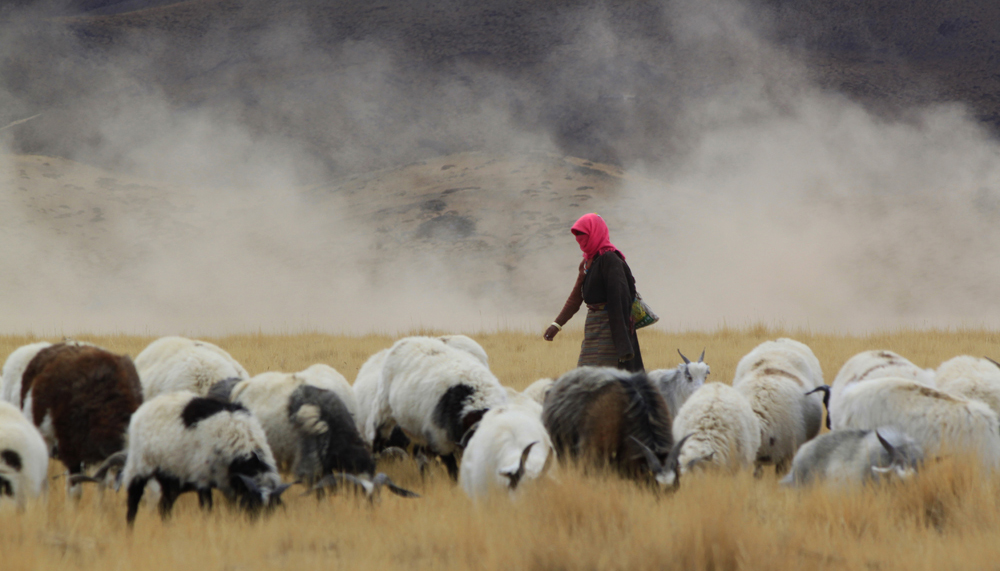 Today’s visit is to Samye Monastery which is the first one built in the 7th century and has three building with different style (Tibetan Hans and India) and will be stay one night in Samye monasatery. 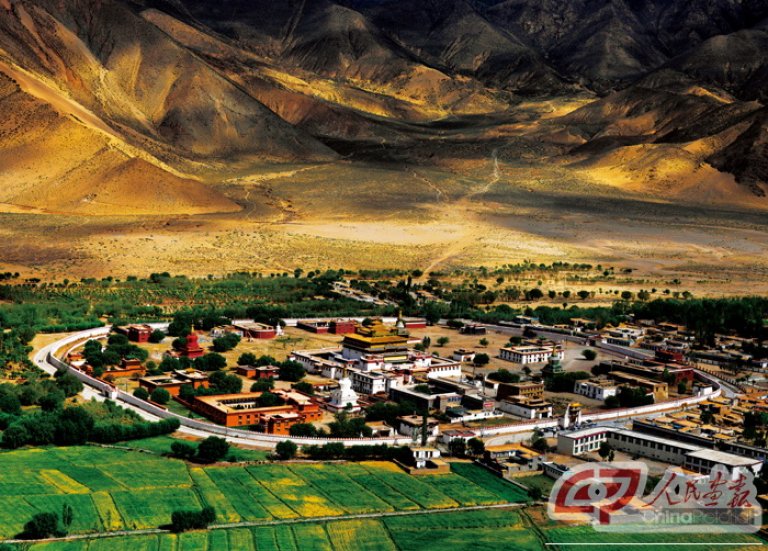 Chim-puk is north–east of Samye monastery. It is a warren of caves that was once a retreat for Guru Rinpoche. It is a popular day hike for the travelers. The walk takes around four or five hours up and three hours down. Take some water with you. If you are lucky you might find a pilgrim truck headed up and some different animals and birds and suck fox. There is also 108 meditation cave, 108 spring river and 108 sky burial.