Why Is Tibet Permit Needed ?

Tibet permit, also called Tibet entry permit, is commonly said Tibet visa by some people. In common sense Visa is said to a country or sovereign state. However, Tibet is in any way an area under China' sovereignty, at most it is now a province. So saying Tibet visa instead of Tibet permit is wrong

Tibet entry permit is a different say in details, compared to Tibet permit. Tibet permit is a general address. It is comparatively speaking, a kind of documentation compared to others like accommodation, transfers, meals, etc. which are all necessary elements in your Tibet tours. While saying Tibet entry permit, is said to other kind of permits such as Alien's Travel Permit, Foreign Affairs Certificate, Military Area entry permit, etc. So Tibet entry permit refers to a certificate with which you can enter Tibet. And only after you establish yourself in Tibet you can then have a tour, and you can apply other kinds of permits afterwords.

Tibet permit is a MUST documentation when traveling to Tibet without it you cannot have a tour to Tibet. The reason why Tibet permit is needed is that Tibet is not completely opened area, just like an area in your country to which there should be some area in which people cannot go in.

What Are All Permits For Tibet Tours ? 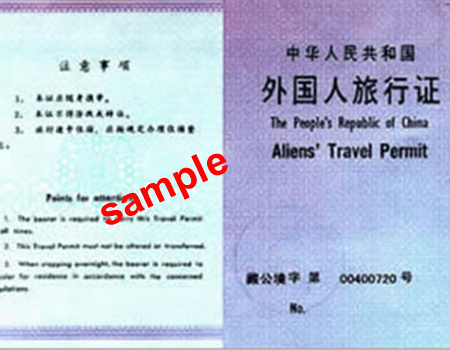 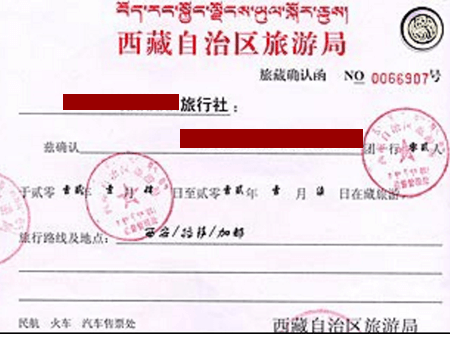 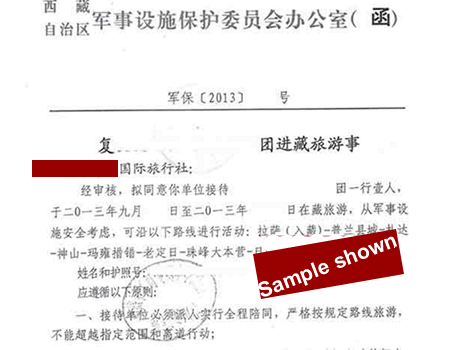 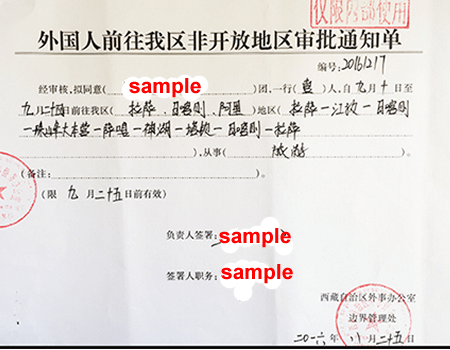 Now step by step application for Tibet permit in the following


Thank you for your submission, but you have not yet finished all the steps if you want to have a Tibet Permit.

Important Information: We do NOT sell Tibet entry permit because it is illegal


so when you need Tibet permit we think you need a tour too.


The Tours for you to have a look first, before you are online applying for Tibet entry permit. You can choose one of them


before or after you fill out the following form.