Behave Yourself: Etiquettes and Taboos in Tibet

Because of its unique culture and religion, Tibet has different standards of appropriate behavior, an etiquette that must be observed if you wish to be considered a polite guest. When in Rome, as they say. 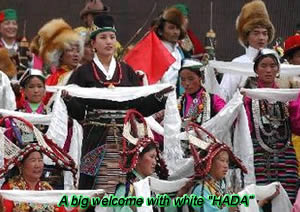 With increased tourism in Tibet, Tibetan people are becoming more used to the habits of the "Big Noses" (western people), their jeans, sun glasses and shorts (note: Among Tibetan people, shorts are prohibited). Because of this fact, modern-day Tibetans are more tolerant of foreign customs. Nonetheless, we still suggest you take the above advice in order to show respect for local traditions.

Back to Access Tibet Tour homepage to learn more about Tibet