For centuries Tibet has fascinated travellers from around the world. Remote and once difficult to reach, it lies at an average height of nearly 5000m above sea level in the world's highest region. This Himalayan area is, of course, home to the world’s highest mountain, Mount Everest or Qomolangma, as the Tibetans know it. The stunning views of countless, snow-capped mountains are unforgettable, as are the beautiful clear waters of lakes such as Yandrok Lake, which the Tibetan people regard as a holy site. 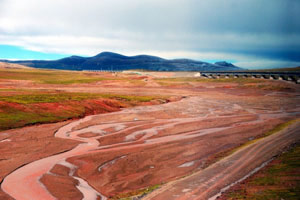 The Tibetan Plateau is also the source of some of the world’s greatest rivers – the Yangtse, the Yellow River, the Ganges, and the Mekong, among others, all start their long journeys here. This is also the site of the highest hot springs on earth at Yangbajain.

The isolation of Tibet has meant that it developed its own unique culture, and when Buddhism was introduced in the seventh century AD, this too developed into a particularly Tibetan form known as Lamaism. The Tibetan people are very devout and all across Tibet are temples and monasteries, many of which are “university monasteries” where Buddhist monks not only spend time in medication and contemplation, but in actively studying Buddhist scriptures and debating points of Buddhist thinking. The most important include the Lhasa’s famous Jokhang Temple, Drepung Monastery and Sera Monastery where the famous debates are a daily attraction. Tashilumpo Monastery in Shigatse is of great importance, too. All these monasteries hold Tibetan treasures and Buddhist icons of huge value and beauty.

Tibet’s most famous building, the Potala Palace  towers over Lhasa and was the home of the Dalai Lamas. It too is of great importance not only as a palace, but as a Buddhist study centre and shrine. No visitor to Tibet can miss it and think they know Tibet. 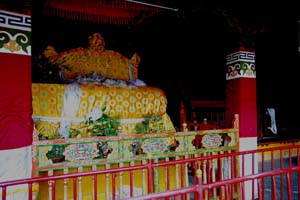 Living in such a remote and, away from the main cities, an often harsh country has made the people resilient, but dedicated to simple living. Their unique cuisine has to be sampled and the best place for this is in the small restaurants in the Barkhor Street area of Lhasa. This is the capital’s old quarter and remains very traditional.

But this is not to suggest the austerity of life at such an altitude means the Tibetan people don’t enjoy celebrations! A full list of festivals would be more than this short article can deal with. Most are connected to Tibetan Buddhism.

Typical is the Shoton Festival or Yoghurt Festival, held in August to mark the end of the monks’ summer retreat. Traditionally, the monks would be given gifts of yoghurt – a prized foodstuff in Tibet. Today, it is celebrated with feasting, singing and dancing. People gather in the park of Lhasa’s Norbulingka Park and picnic in groups sheltered from the wind by their colourful hanging walls of rugs and printed canvas. 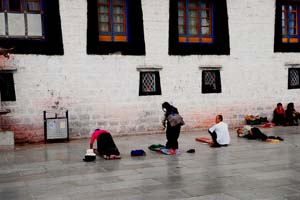 But the most important festival is the secular Tibetan New Year, which is celebrated with carnivals, horse races, archery and, of course, more feasting. Other important festivals include the Harvest Festival and the month long Bathing Festival in which people engage in ritual bathing to wash away passion, greed and jealousy and attempt to abandon ego.

What ever time of year, there is always something going on to capture the imagination of visitors to this unique and beautiful land.